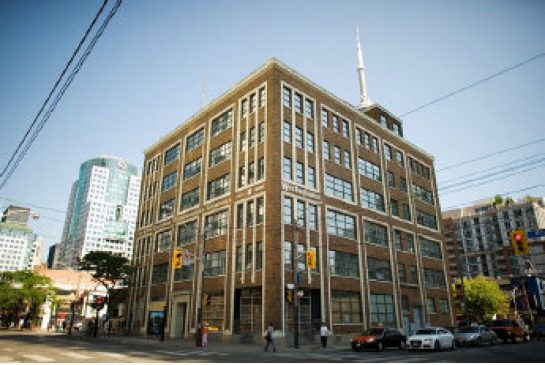 A major Chinese development company has added Canada to its aggressive international acquisitions binge, buying up the proposed King Blue condo project in the entertainment district. The deal between Shanghai-based Greenland Holding Group. Co. and Toronto’s Easton’s Group of Hotels, for an undisclosed amount of money, isn’t expected to change plans for the one-acre site, which is being renamed King Blue by Greenland. Construction of a hotel and two residential condo towers — one 450 units and 44-storeys, the other 425 units and 48 storeys — is likely to begin next spring, says Steve Gupta, founder of Easton’s Group, which bought the site at the corner of King St. and Blue Jays Way back in 2011. Greenland is best known for buildings far more ambitious in scale. It currently has 23 mega high-rise buildings completed or under construction around the world, four of which are among the world’s tallest buildings. “Greenland came shopping for a site,” says Gupta, who first got a phone call back in January from Greenland, which is partially owned by the Chinese government. “As first I said, ‘No.’ And then I said, ‘At the right price, we’ll look at it.’ Somehow things just clicked.” Shanghai-based Greenland, which was founded in 1992 and is ranked 268th on the Fortune 500 Global 500 list for 2014, has expanded into nine countries over the last two years. Six of those acquisitions, into countries such as the United States, Australia, the U. K ., Germany, Spain and South Korea, have taken place just since the start of this year. Gupta says Greenland chairman and President Yuliang Zhang was looking for a “centre-ice location” in Toronto’s “robust” downtown condo market. “They wanted a trophy project here and it’s very difficult to find prime downtown sites now,” says Gupta. “Basically, we were ready to go and they have just taken over from us.” “Toronto is Canada’s economic and cultural capital as well as one of the strongest real estate markets in North America,” said Zhang in a statement announcing the deal. “We believe this city will continue to grow and thrive creating other investment opportunities for Greenland Group (Canada) in the Greater Toronto Area and beyond.” Gupta, who went to China to see some of Greenland’s projects before finalizing the deal, says it may open the door for Toronto-based Easton’s Group — which owns over 7,000 rental apartments, 3,000 hotel suites and has just moved into condo development — to do some joint projects. Gupta says he made sure that buyers of the 370 units already sold “are completely, 100 per cent protected.” Greenland has already moved to apply for a building permit for the site, which includes the historic former Westinghouse factory sales building , says Gupta. Its brick façade is slated to become the face of a new downtown hotel. The sale of a condo development site, especially so close to actual construction, usually sets off alarm bells in the condo industry. And rumours have been rampant that sales have been very sluggish for King Blue. Gupta acknowledged that “it was a little bit slow” when sales launched in October of 2012, as the condo market was heading into what many feared was a crash after 2011’s record year of sales. “People were anxious at that time. The units were a little bit larger (700 to 850 square feet on average) and the price goes up that way.” But now, 85 per cent of the units in south tower are sold, he said. Easton’s Group was about to launch sales of the north tower units when the deal happened, says Gupta. Things today are much different, stressed Gupta: Last February, Easton’s Group launched a second condo project, Dundas Square Gardens at the corner of Dundas and Jarvis Sts. and sold 90 per cent of the units in six months. “The condo market hasn’t peaked. There is no bubble to be burst,” says Gupta, in explaining why Greenland was keen to expand into Canada. “Toronto is a very different market, we don’t have a lot of new rental accommodation, there are 100,000 people moving to the GTA every year and young people want to live downtown.”